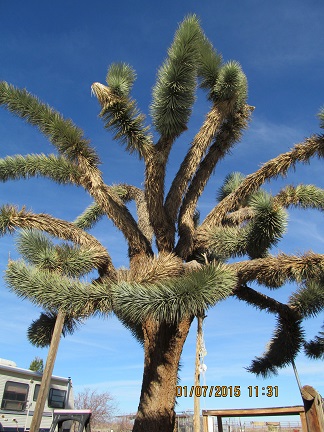 OK, let’s talk about climate change. Although I do agree that fossil fuels, logging, animal agriculture, aqua agriculture (most notably fish farming), are significant in global warming, very little is being said about the TRUE root cause of climate change and that is HUMAN overpopulation and the overpopulation of our livestock animals. I have witnessed first hand what happens to the environment and to native species when more and more humans move into an area, and start their growing families and their family farms. More and more people have moved into the high desert and with them they bring their multitude of kids, and also chickens, goats, pigs, horses, cows, and yes even peafowl. This has attracted more squatters, more trash being illegally dumped, more congestion, overcrowded schools, and crime. The animal feed for these livestock animals has also brought an increasing amount of rats, mice, squirrels, ravens, and other animals. This has resulted in the sharp decline of the quail and horned lark I used to see out here. These native species fall prey to these invasive animals and birds when their nests are decimated. Humans with their ATVs also tear up desert environments where many ground dwelling animals have nests.

So here it is folks, if we TRULY want to hold anyone accountable for climate change, we need to start bringing all churches and religions into this conversation and demand they stay out of women’s right to choose when they have children, how many they will have, or even if they  WANT to have children. Too many religions force the issue of procreation even onto our young people that may not even be ready, both physically and/or mentally. Then these young parents are stigmatized by the same congregation when they abuse or kill their children. It is never okay to abuse a child but it should never be okay to put these parents into a situation they did not ask for.

Each person that reaches the legal age where they can make their own decisions should be able to do so, even for their own reproductive choices. If a young person wishes to have permanent birth control such as a tubal ligation or vasectomy they should be able to achieve that. I understand the reluctance of physicians to perform this procedure on younger folks but if after a couple of years and the use of other forms of birth control are not effective enough they should be not only awarded these procedures, they should be congratulated for making a step towards reducing human overpopulation and their carbon footprint on this planet. Instead of shaming and pressuring young folks into becoming parents, we should be encouraging them to make rational, logical, and unselfish choices to either NOT have children, or just NOT have so many. Most if not all educated people have chosen this path and rightly so. Churches and religions should also encourage the less fortunate and less educated to make the same logical choice to NOT bring children into an environment where the parents cannot effectively provide for these children and they end up on public assistance, or the children feel the only option for them is a life of crime.

If churches and religions continue to force the issue of procreation onto our young, then Churches and religions, especially the Catholic, Mormon, Jewish, and Muslim religions should start paying taxes, and also take up all the burden of caring for these unwanted multiple human births. The way I see it, especially the Catholic church, they are ULTIMATELY the number one reason why there is so much poverty, violence, and global warming effects on this planet.

So for those who are on climate change marches, blocking intersections, skipping school, conning rich people into giving you and your family a free world tour, you are TOTALLY missing the whole point of climate change. Your marches and demonstrations are not getting to the right ears. We need to start our demonstrations and marches in front of super churches, temples, synagogues, and mosques. They must remain non-violent, but the point must be made that our young people MUST make their OWN choices about reproduction and religion has NO voice in these choices. When the church has no voice in these choices, then legislation will not either and people can decide for themselves, especially the young people.  These choices includes abortions within the first trimester.  Abortions should be automatic in rape and incest situations. Simple as that.

Walking demonstration at the Antelope Valley Fairgrounds in Lancaster CA. This was all about the 4-H, FFA, Kiwanis, Grange, and other organizations that teach kids the ultimate and human perfected art of betrayal. https://youtu.be/c-3ERrkW-Vg

In this video you will hear from a rabbit breeder. What she says is typical justification of the treatment of animals. https://youtu.be/BRT22S0tZFQ

This is in the large animal barn; cows, sheep, goats; None of these animals will ever see home again, and it is here they bid farewell to the human that raised them, betrayed to the butcher. https://youtu.be/DYvgdp3iaE0

I bid a sad farewell to the animals in the swine barn. I was traumatized by the whole scheme of things, and this was not even the kill floor. When I left the fairgrounds, I felt as though I were leaving behind the very animals who were crying out for help. https://youtu.be/sCdT79tMgco

Our TPP rally coming this Monday 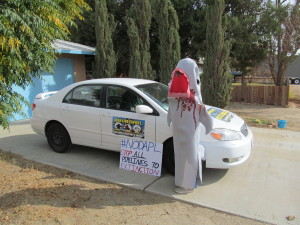 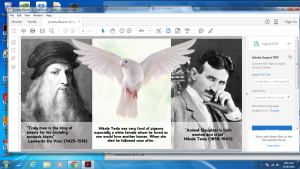 The banner for Oklahoma protesting the pigeon shoot by Senator Inhofe, a vile act by a vile politician.

Please get involved, stop this brutality to birds.  Folks, this is huge; I don’t care if no one comes to my events but we need to show solidarity here. Corrupt politicians need to know of our strength, our resolve, and that we are willing to back each other up.

This year’s National Animal Rights Day in Los Angeles on June 5th will be the first time Rett’s Rascals will be attending/volunteering. If you would like to attend here is the link; http://www.thenard.org/2016.php 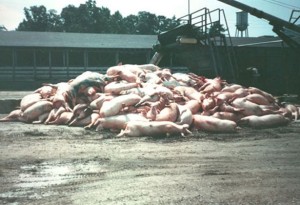 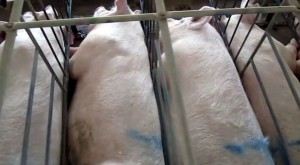 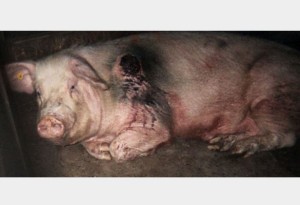 WHAT THE PORK INDUSTRY DOES NOT WANT YOU TO SEE.

people for the ethical treatment of animals